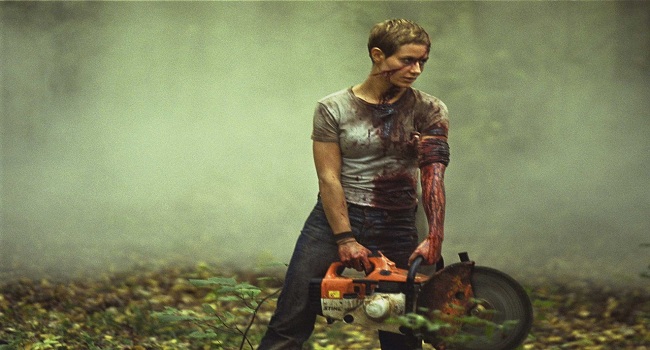 Though it descends into total implausibility, ‘Switchblade Romance’ is a gripping, visceral horror film that manages to keep one step ahead of the viewer.

‘Switchblade Romance’ is a violent, cruel horror film that adopts the conventions from slasher films such as ‘Halloween’ and adds a psychological twist. Without giving anything away, I would politely say the twist can only be interpreted and explained in somewhat woolly terms; I could also say that it’s completely stupid. However, given that ‘Switchblade Romance’ is merely exploitation cinema, it didn’t particularly bother me.

I felt the film, though predominantly clichéd, did manage to avoid becoming tired, its suspense was taut and relatively unpredictable. However, it only just managed it, it was a close call, those familiar with the slasher films of the 70s and 80s may feel ‘Switchblade Romance’ is just a bundle of rehashed themes. The film departs from its slasher relatives in respect to cruelty and realism; it has a gritty, unpleasant quality that is similar to modern horror films like ‘Wolf Creek’, the grisly Australian affair that appeared in 2005.

Much like ‘Wolf Creek’, after it had finished I found myself asking ‘Why? What’s the point?’ These overly sadistic, one track films leave me feeling rather hollow; they’re a dose of visceral thrills so relentlessly bleak and potent that they leave me questioning their status as ‘entertainment’. I wondered why someone would want to make such one- dimensionally cruel films. The only purpose I could think of was how both films place the viewer in a ‘What would you do if you were being stalked by a murderer?’ situation, which indeed makes them a thoroughly engrossing, if life-sapping ordeal to watch.

Ultimately, ‘Switchblade Romance’ is a straight-forward endurance test that provides an ample amount of tension and gore, but its overreaching, illogical ending and general vapidity may leave you feeling slightly hollow by the end credits. 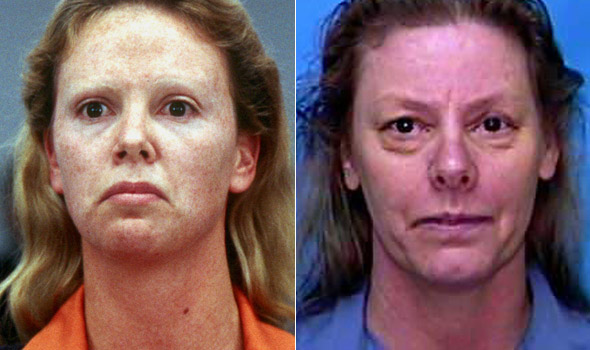 A torturous, depressing biography with an uncannily accurate lead performance.

What a tortured life this woman led; a life of inferiority, confusion, violence, victimisation, prostitution, anger and ultimately, murder. Charlize Theron’s utter transformation is what drives this film, her performance and physical emulation perfectly conveying the desperate pain and impetuous anger of her character. I think the Oscars are not much more than a smug festival of self-celebration, but this performance deserved commendation.

‘Monster’ is the story of Aileen Wuornos, a prostitute from Florida who murdered seven men between 1989 and 1990. One might think that the film’s title would suggest otherwise, but  the film gives a very human representation of Wuornos. She was indeed a ‘monster’ in her final years, but the film’s emphasis on the brutal, relentless path that led to her first killing shows the architecture of such a creation. But not for a second, I hasten to add, does the film condone her violence, she isn’t glorified and she isn’t vilified either, the film is so very downbeat and visceral that it would be impossible for anyone to be allured by it. ‘Monster’ is by no means the tale of one woman standing up against chauvinist pigs; her tale of nature, nurture and the consequences of violence is impartially told.

The film reflects on Wurnos’ childhood, a time of sexual favours, inadequacy, rape and beatings. A narrative gap, which misses a dubious failed marriage and numerous arrests, presents the viewer with a sorry picture, a woman who washes in petrol station toilets, a woman who is desperately trying to survive. She then meets a companion, the vulnerable Selby Moore. It’s at this point that the film strays from the facts; ‘Selby Moore’ is a fictional character, very loosely based, especially in appearance, to Tyria Moore, Wuornos’ lover until her execution.

The pair, who have moved in together, live off Wuornos’ prostitution wage until their relationship is complicated by Moore’s discovery of Wuornos’ taste for violence. The film depicts the first murder as Wuornos described it -self defence. Unlike her later stories, I think this claim has credibility; it’s quite possible that Mallory thought Wuornos was expendable social underclass, an easy thrill without consequence. I respect that the scene was orchestrated in this manner.

Monster is a stark and balanced insight into the frankly miserable life of Aileen Wuornos. You may not like her and all the violence will most likely strain your empathy, but I think you’ll leave the film having a greater understanding of the woman.