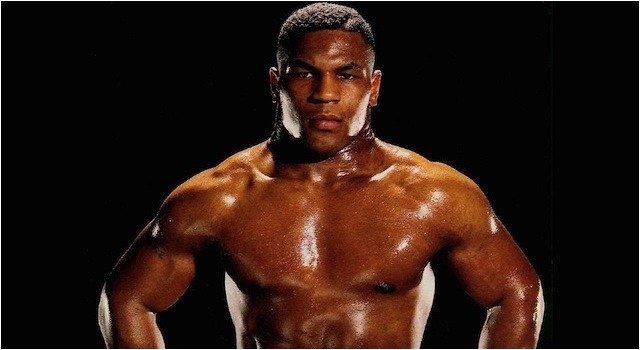 Whatever you think of Mike Tyson, you’ll leave this film admiring his brutal honesty.

Tyson is a well-rounded insight into a very complicated man. It captures the excitement of Mike’s 20 year career, stylishly and energetically showcasing many of Tyson’s devastating fights while also sensitively exploring Mike’s life before, during and after his career. The film charts both his successes and failures, including his dominance of 1985 – 1990, his disastrous marriage to Robin Givens, his rape charge (which he vehemently denies), and his controversial losses to Evander Holyfield.

The majority of the film’s 86 minutes comprise a series of interviews with Tyson. He speaks of how his rough childhood affected him, most notably his discovery that violence was the only form of defence for a scared young boy in Brownsville, Brooklyn. Tyson elaborates on his ghetto adolescence of theft and drugs before his placement in a borstal, where he was eventually taken under the wing of legendary trainer Cus D’Amato.

Tyson had been conditioned by the poverty, drugs and general brutality of New York, this pugnacious young man wasn’t going to allow anyone to tame him. This changed when he met D’Amato, he was the first person in his life who believed in him, the first person to inspire him and invest in his future. Mike is still brought to tears when speaking of his beloved mentor.

After years of discipline and intense training, the genetically gifted Tyson had been moulded into an 218lb monster, a superb heavyweight contender at just 18 years of age. Sadly, Cus died before he won his first title in 1986.

I can imagine some will criticise the film’s depiction of its leading man. Indeed, the film portrays Mike sympathetically, his story is told from only his perspective; however this bias is balanced, or perhaps even tipped in the opposite direction, by Tyson’s remarkable honesty. Despite his past behaviour, Mike being the first to acknowledge it, there’s part of you that can’t help but pity him. He has led a life of confusion and anger, with interference from his numerous demons, one of which being Don King.

It is his honesty that makes me, like many others, doubtful of his rape conviction in 1992. Considering how Tyson talks so freely and candidly about his chequered past of hedonism and violence, I doubt that he would repeatedly lie about Washington (who had several years prior allegedly made a false accusation of rape against fellow student Wayne Walker.) He has no interest in concealing his past or improving his reputation, he seems to only want to tell the truth, which I suppose could be a method of reputation management. In reference to the Washington case, the wise Frank Bruno once said: ‘You don’t go to someone’s hotel room at 1am to play chess.’

No matter what one thinks of him, there is no denying that Mike Tyson is truly unique and not what one expects; he’s much more insightful than people give him credit for. This is why I advise anyone, particularly those who disregard Tyson, to watch this eye-opener, it won’t necessarily change your opinion of the man, but I think you will appreciate his origins and admire his honesty.