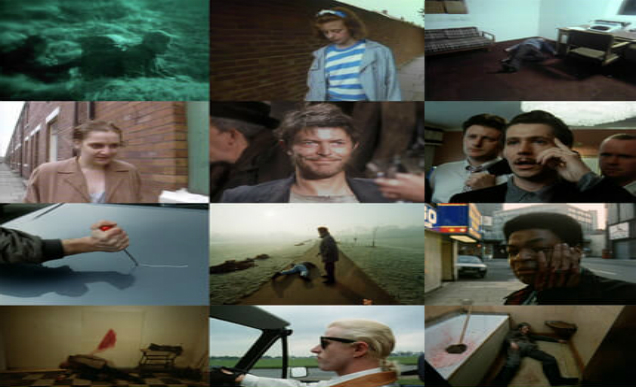 The BFI has released a mammoth 13-disc box set chronicling the life and work of Alan Clarke, the hell-raiser director/writer/producer of Scum, The Firm, Made in Britain and many TV films for the BBC.

The collection comprises two sections: Dissent, which covers 1969 – 1977, andDisruption, which covers 1978 – 1989. They can be bought as a single Blu-ray collection, which will set one back about £110, or in separate DVD box sets for £49.99 each. It’s a pity that the separate collections are only available on DVD, but the transfer of Disruption – which is the focus of this review – still looked good on my Blu-ray player.

Besides, high definition would not do much to improve the 4:3 framed grittiness of Alan Clarke’s realism. The real selling point of this collection is the remarkable scope of the material; indeed, the BFI says it is the most comprehensive package they’ve ever produced for a single filmmaker. There are 11 BBC films: Nina, Danton’s Death, Beloved Enemy, Psy-Warriors, Baal, Stars of the Roller State Disco, Contact, Christine, Road, two versions of The Firm and Elephant.

Supporting these films is a veritable wealth of introductions, commentaries, Open Air discussions and documentaries that are too numerous to be fully listed here. The special feature most worth mentioning is Alan Clarke: Out of His Own Light, a brand-new 12-part documentary that’s spread out across the six discs, providing contexts and insights that are bound to illuminate even the most venerable of Clarke’s fans.

As something of a newcomer (I’d seen only Scum and The Firm), it was the diversity of Clarke’s canon that surprised me. Like many others, I had associated him with bleak kitchen-sink fare and little else. However, Clarke has dealt with corporate drama in Beloved Enemy, revolutionary France in Danton’s Death, the Troubles in Contact and Elephant, communist defection in Nina, and governmental torture in Psy-Warriors, to name just a few.

This body of work represents a largely bygone era of creativity over commercialism among BBC commissioners, who now believe that the British public wants the likes of ‘will.i.am’ and his monstrous sartorial inelegance headlining yet another loud, flashy talent show.