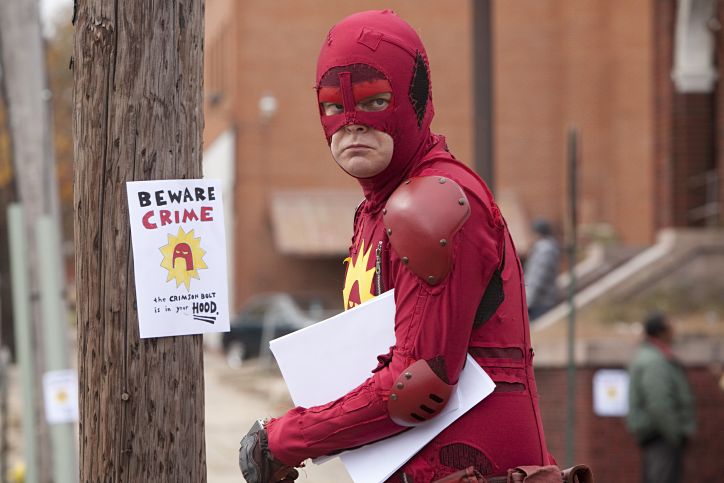 I watched the film with low expectations and they were met, surpassed, even. ‘Super’ is an uninteresting, annoying film that’s full of flat characters and drags on for what certainly feels longer than 96 minutes. It is a shallow film, one that seems to have been written by young adolescents; it is wholly unimaginative and weak.

Essentially, it is yet another tired vigilante film, but with a rehashed, improbable superhero gimmick that makes the film even more tired. The film dabbles in themes of what it thinks is satire, drama and vigilantism, failing at all. In trying to make the film stand out from ‘Kick Ass’, it futilely turns the violence up a notch, the only benefit of this being the disposal of some of its highly irritating characters being satisfyingly grislier than expected.

Rainn Winston gives a humdrum performance as Frank D’Arbo, the nerd stock character every viewer is familiar with. One of the films few merits comes in the form of Kevin Bacon, who gives a fittingly slimy, ratty performance as small time criminal Jacques. Libby, played by Ellen Page, is one of the main problems of the film; her loud, androgynous and pathetically recalcitrant persona is utterly exasperating. When she becomes the Crimson Bolt’s side kick, the film nose dives and quickly loses all credibility. Remarkably, the film becomes even worse in its final act.

After the deliberately strong and misplaced violence, the little character development and the general vapidity, the film ends with inappropriate and somewhat complacent melodrama. Suddenly, trying to justify its predictably weak ending, the narrator, who appears to know exactly what the unamused viewer is thinking of this conclusion, addresses the audience – ‘Maybe you thought I was gonna learn that I was deluded, that I was as evil as the rest of them. But maybe you’re the one that needs to learn something.’ No, the viewer doesn’t have to learn anything from this completely ludicrous, unbelievable ending that has just been compounded by maudlin nausea, the filmmakers are the ones that need to learn: how to make a decent film.

Avoid this film, all you’re going to get is another churlish, back-chatting performance from Ellen Page. Watch ‘Kick Ass’ instead, it’s not perfect, but it’s in a different league to ‘Super’. 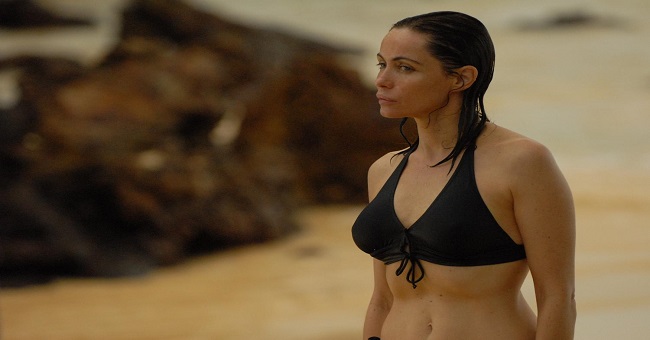 ‘Vinyan’ is a striking yet aimless film that fails to engage. The film charts Paul and Jeanne’s search for their missing son after witnessing footage that leads them, Jeanne particularly, to believe that he is alive somewhere in the Burmese wilderness. Their son had gone missing during the 2004 Asian tsunami; however the film doesn’t detail any of the event, which doesn’t help in making the viewer care at all about the whole premise. Jeanne is somehow adamant that her son is alive, based on brief, bad quality footage.

Unfortunately, Jeanne is one of those irrational, hysterical, self-centred women that make films of this ilk rather irritating to watch. She regularly begins to feel sorry for herself, so much so that in one scene the task of walking across a muddy landscape is just too much for her and she starts falling over on purpose to let her husband know just how discontented she is. Jeanne and her silicone injected lips lace the film with irritation. Paul, who is going through this traumatic experience just as much as her, is measured and sensible, but he is still not a character one feels inclined to empathise with at any moment – apart from when his wife is being a pain in the arse, perhaps.

I didn’t care for their cause at all; the whole thing was a lingering shot of rain, landscapes and tribal children. At times the film was slightly creepy, but that was the extent of its power; considering I watched this film as part of the ‘Fright Fest’ season on Film4, that’s quite a major flaw. Not only does this film not work as a horror, it doesn’t work on any other level either.

Due to its utter vacuity, there isn’t much to say apart from that it is Art House nonsense – all visuals, no substance and a bathetic ending.